Italy, a Wide Open Museum – in defence of the NIMBY Syndrome


Everyone knows Italy is a wide open museum indoors and outdoors. Everywhere you go, everywhere you look there is some historical sight. “Italy is home to the greatest number of UNESCO World Heritage Sites to date, and according to one estimate the country is home to half the world's great art treasures.* The nation has, overall, an estimated 100,000 monuments of any sort (churches, cathedrals, archaeological sites, houses and statues).”** And that does not cover the fabulous unique landscapes of oak woods, rolling hills, vineyards and olive groves. 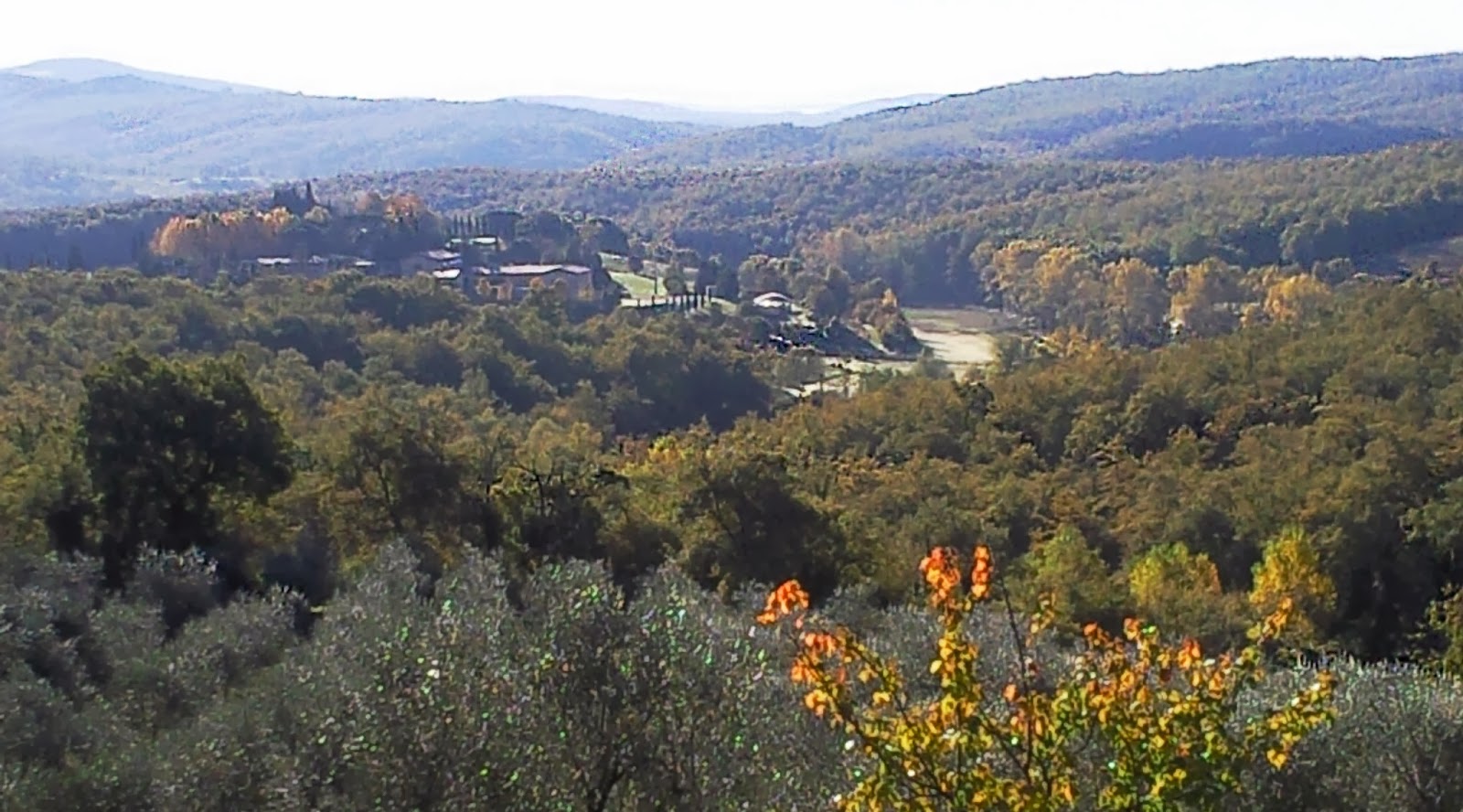 The economy of Italy is not the best right now. It does have the advantage of being one big museum to bank on. But what is happening often, is the Italians themselves are ruining their own country – in the name of progress. For example in Tuscany a mega private multinational power company (on the stock market and has investors waiting for profits), Terna, has planned a huge double power line “Razionalizzazione Arezzo” from Santa Barbara to Montesansavino that cuts right through dear beautiful Tuscany in the southern Chianti and Siena areas - rural Tuscany where tourism gives value to the territory and jobs to the locals. Where beauty is the important attraction and for good reason, it is one of the most beautiful areas in the world. The super powerful project-makers (highly practiced in strategies for their own benefit) say it is a necessary project, in the name of public interest but the country does not even have an Energy program.  These are brand new highly invasive projects that have nothing to do with less invasive "rationalizing" of the old lines orginally planned. 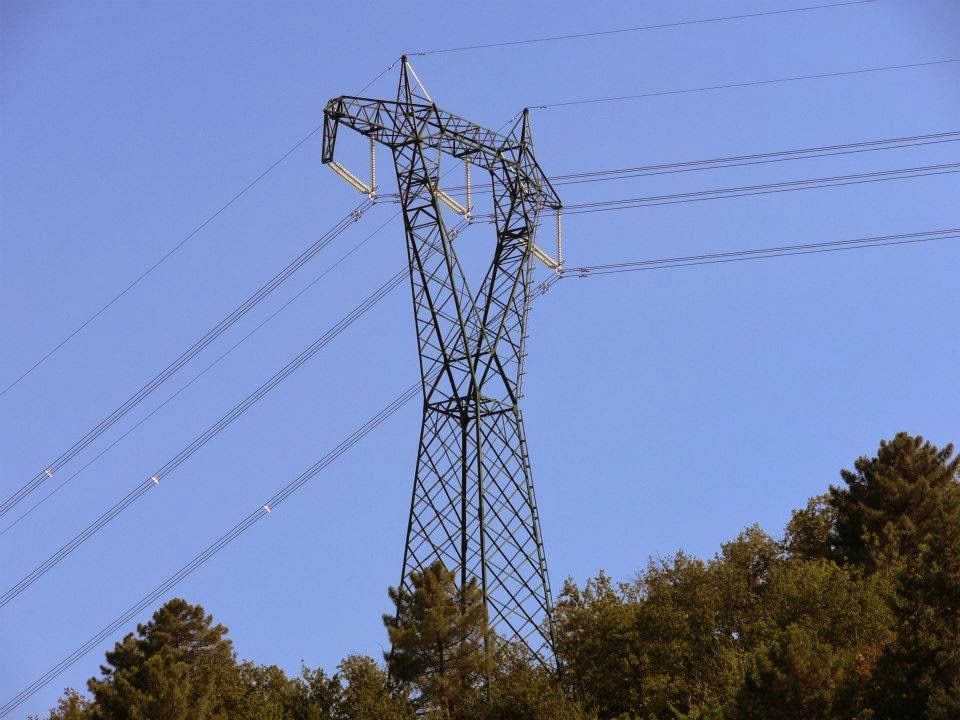 Fine, if it is necessary, it is necessary. But plan it properly. Don't insist on hitting on the fewest numbers (and the most defenceless) of people involved as if that makes it okay (and easier to pass the deal!) - each single person is important and has intrinsic value. Terna tries to suggest that they are hiding the power lines by putting them through the woods, but the pylons tower well above the woods. They don't consider in the Winter there are no leaves on the trees. They think the 3cm width wires are invisible to the eye. Invading the countryside at the rate they are going, there will be no untouched areas down the road. 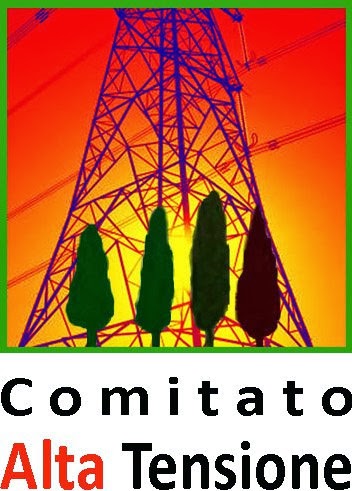 There is a group of highly educated/cultured individuals who are very concerned with the project, active for the last three years: Comitato di Alta Tensione representing a large populance. Terna has the gumption so to say the Comitato or anyone against the project suffers from NIMBY (not in my back yard) syndrome. It's a way to belittle the local residents affected by the disasterous opera, to make them look like they are selfish and anti patriotic. Excuse me, if the locals don't defend a territory, who is going to? What Terna is really saying is “It is not in my back yard” we are going to put it in yours and accuse you of self-centeredness – you can bet none of them live in area with projected pylons as high as the Tower of Pisa! It is a slap in the face to pretend people affected by major “highway” power lines just sit back and take it and not defend an area they love, have enhanced, invested a lot of time and money on and paid taxes for. They are doing it for themselves, their neighbours, the population of the world and generations to come.  Hats off to them.

"Wendell Berry: There’s  a lot of scorn now toward people who say, “Not in my backyard,” but the not-in-my-backyard sentiment is one of the most valuable that we have. If enough people said, “Not in my backyard,” these bad innovations wouldn’t be in anybody’s backyard. It’s your own backyard you’re required to protect because in doing so you’re defending everybody’s backyard. It is altogether healthy and salutary."


Thankfully these NIMBY's are not alone and have the Region (State) and local Politicians of 7 communities on their side, as well as the Ministry of Culture, but it awaits the okay from the Ministry of the Environment who has the last word.  You would think they would be the first to defend the area, but it isn't so.  The Committee has presently over 7000 signatures of concerned local and international people on their petition.

It's about time Italy seriously started investing in it's own country in ways to beautify it further, it is a goldmine under their feet, a gift to humanity, a responsibility to mankind to preserve it well. The landscape is one of it's treasures. It's a small country and "cementified" hugely already. It's so very easy to ruin it.  Spending more on hiding these power lines and planning them better is well spent, an investment in the future. Why not couple them with the highways, railways and areas already compromised, how about putting them underground? Terna is investing a great deal in lines that travel under the sea why not under ground too? Once they invade areas with 45 meter  high power lines and their sentries, they never go back to what they once were.

The High Tension Committee “Comitato Alta Tensione” has an online petition anyone can sign. If you are interested in helping towards preserving Tuscany's integrity and natural beauty from these devastating monster lines, please go to the site and sign the online petition.  We can all be NIMBY's and NIYBY (not in your back yard) and proud of it.  We can help the Italians defend their territory.  Visit the Comitato Alta Tensione site in English and the Facebook page.

I am very interested in sharing events sights and pleasures of Tuscany and hearing from you!